The church here, was built in the 10th Century, on top of a much earlier, possibly 5th Century, basilica, and is virtually all that remains of the ancient Phoenician port of Karpasia. Founded by King Pygmalion of Cyprus, it was a flourishing trading port.  It was, however, abandoned in 802, after Arab raids, and its inhabitants moved inland.

The church is named after St Philo, who converted the people of the area to Christianity, and had been ordained by St Epiphanios in the 4th Century. It is a typically domed Byzantine church, with a three-part apse and a courtyard surrounded by columns. There is a cistern and baptising room, as well as numerous mosaics all around from the earlier structure. 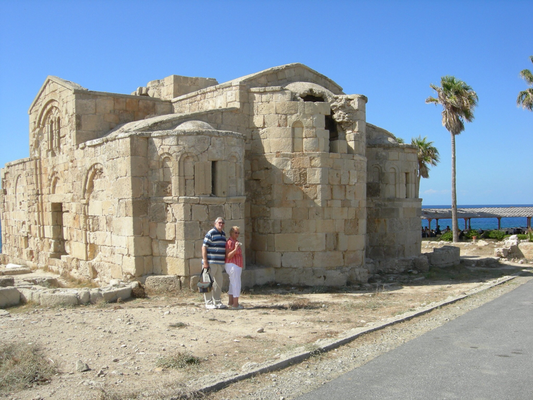 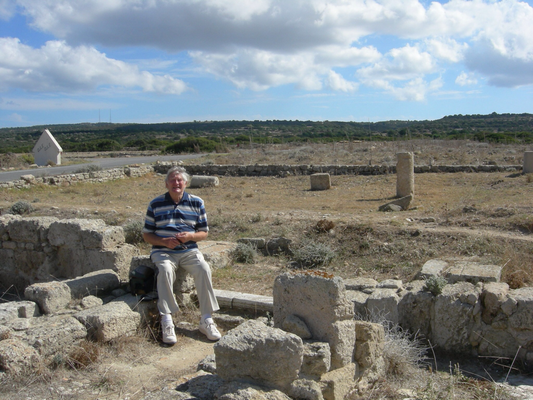 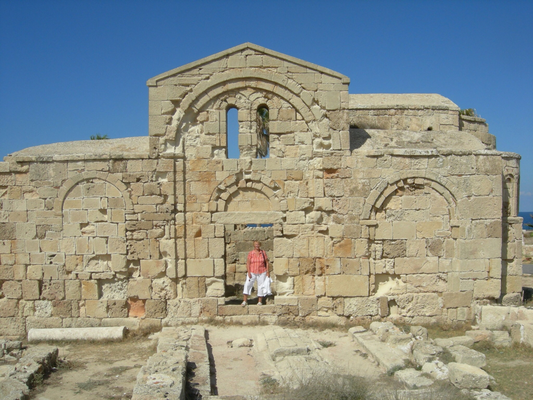 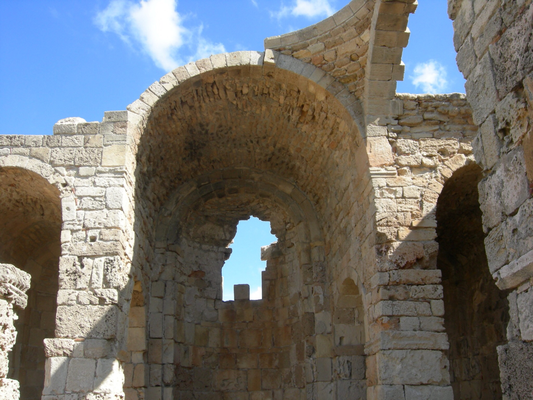 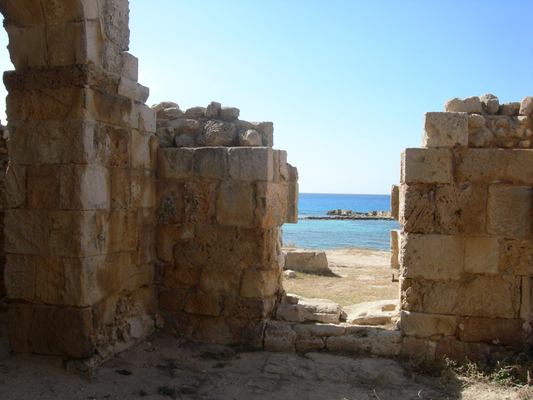 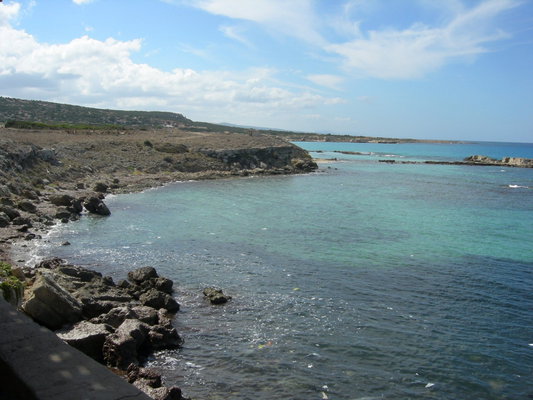 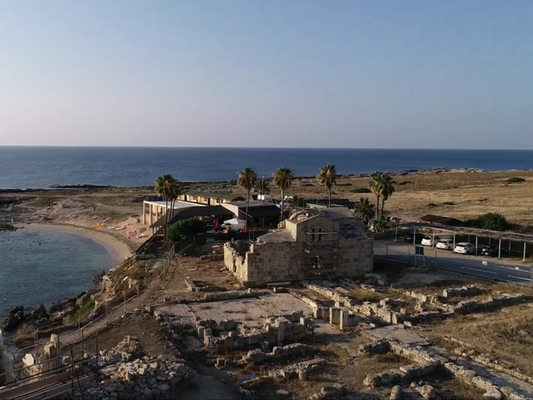 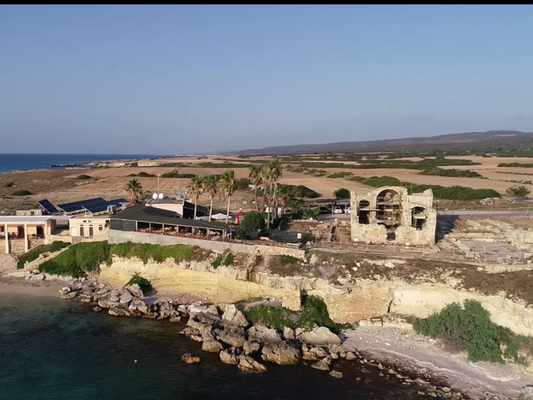 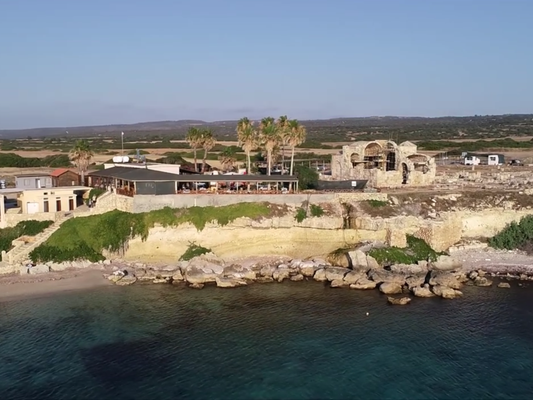 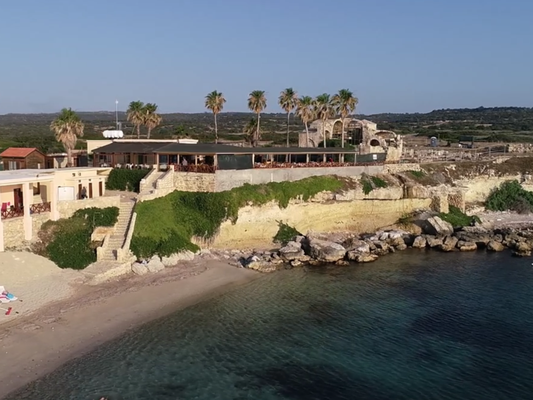