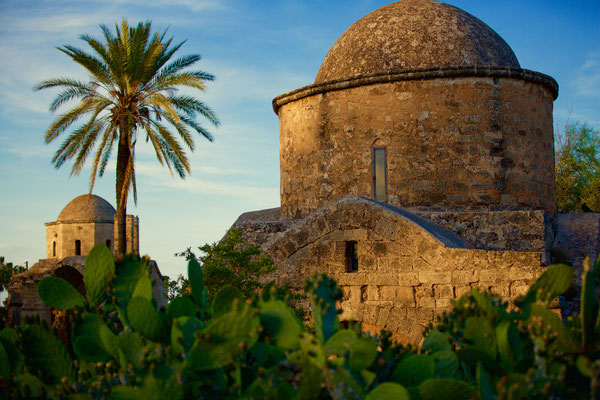 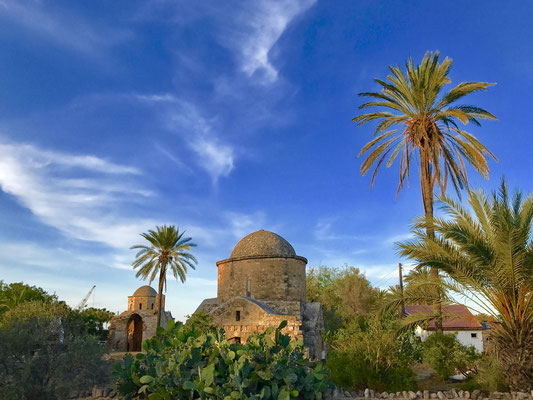 Heading northwest from Canbulat Gate, on the way back to the Center of town are two small and closely situated Franco-Byzantine-style churches. To the north are the ruins of St. Nikolaos; to the west is the better-preserved St. Zoni. Both are typical of Orthodox churches built in the later medieval period, incorporating elements of regional Gothic architecture into their otherwise Byzantine forms.

Note, for example, the pointed arch of the south door of St. Zoni. Both church’s may well stand on earlier foundations, though archaeological evidence confirming this has yet to be uncovered. It is very likely that these sites were abandoned or used for other purposes in Ottoman times, as contemporary authors tell us that Christians were excluded from the walled town during this period. However, the Greek Cathedral and the chapel of St. Simeon continued to be owned by the Greek church.