Dating with some certainty from the late 13th century are the ruins of the Franciscan Church, one of the earliest of the Latin ecclesiastical buildings in Famagusta.  The site, immediately, immediately north of the Venetian Palace, was once a substantial complex of buildings, which together comprised a monastery covering a generous area within the city.  The plan of the present church resembles that of the slightly later Carmelites, with its three-sided apse and later added side chapels that extend north and south from the central bay of the nave.  Note the medieval stonework piled up outside the west door.

The Franciscans formed one of the oldest and most important Latin religious orders in Cyprus. It is believed that they were already established in Nicosia by about 1230. St. Francis himself visited Cyprus on his voyage to the Holy Land during the Fifth Crusade (1217-1221). 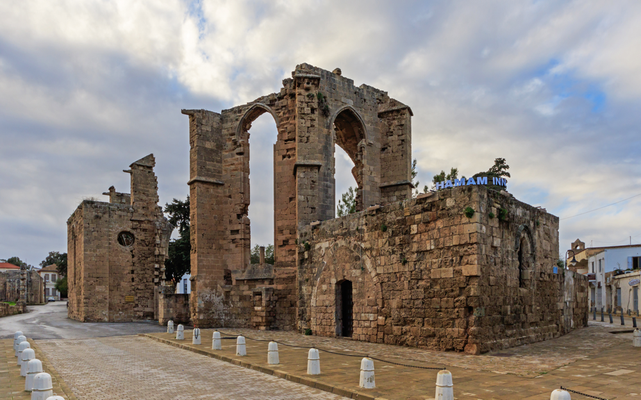 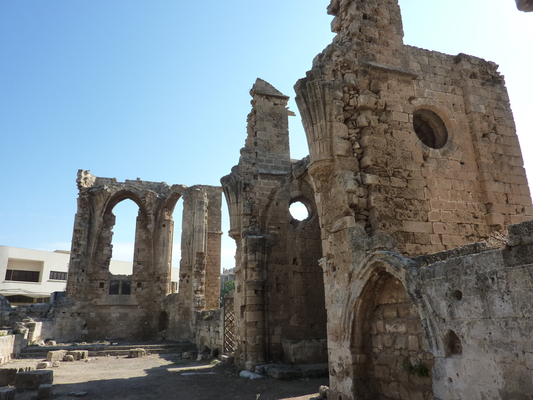