The Sea Gate is one of two original entrances to the walled city. Although medieval its origins, it gets its distinctive appearance from the Venetians, having been remodelled together with the Citadel and city walls in the 16th century.

The present iron-clad wooden gate is an Ottoman replacements, whereas the heavy iron portcullis, which could be raised and lowered by chains, is original and dates back to the Venetian period.

A commemorative plaque dated 1496 and naming the Venetian Captain of Famagusta, Nicola Prioli, decorates the Sea Gate’s exterior entrance to the town.

Adjacent to the inner side of the Sea Gate is a large stone lion, also probably dating back to the Venetian period.

You can climb the steps here for a sweeping view of the harbour. 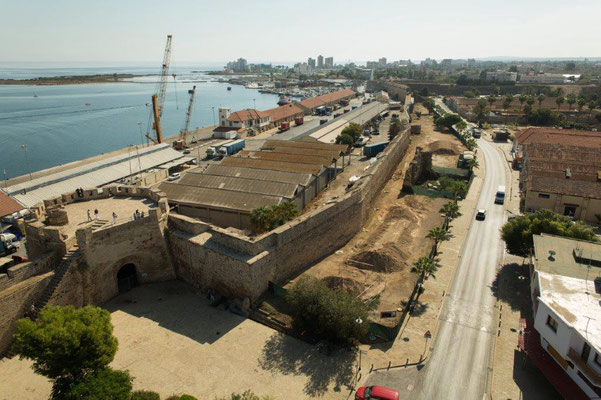 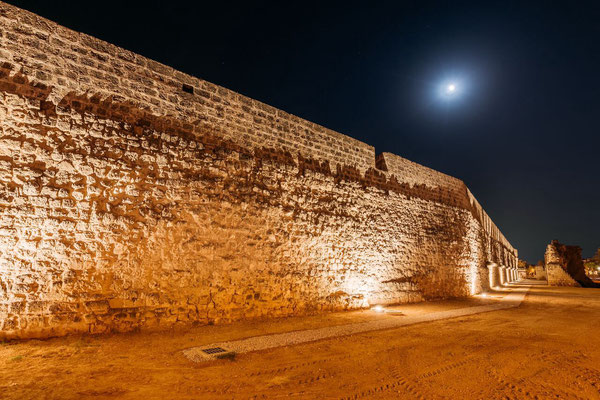 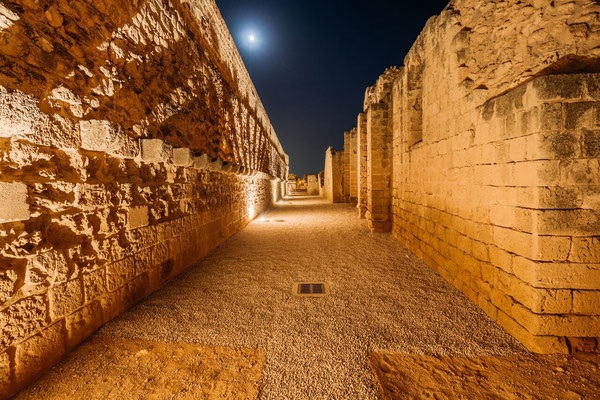 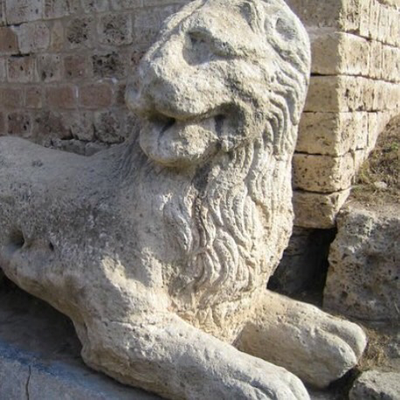 Walls between Arsenal and Sea Gate. The Walls of Famagusta were famous throughout Europe, the Middle East and North Africa. They were constructed over many centuries as the city grew, changed rulers and adapted to warfare technology. The walls are principally constructed of a rubble masonry core with sandstone ashlars facing held together with a variety of mortars. They are an important record of military architecture and adaptation to changing technology and rulers. There are few such fortifications still in existence and therefore the importance of protecting and conserving them.