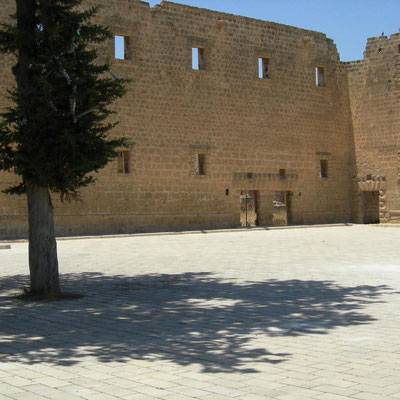 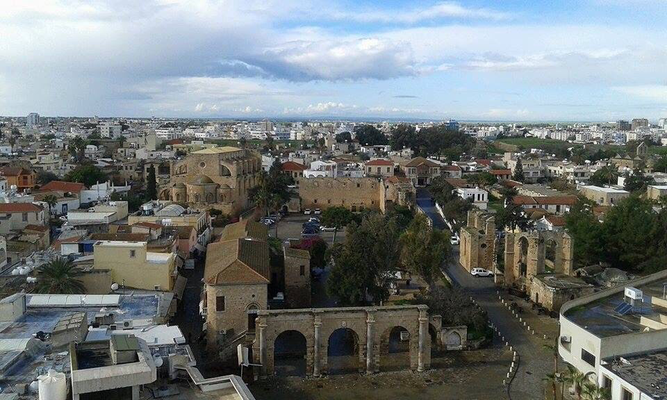 Three rounded arches are flanked by four massive granite columns taken from Salamis.  Over the central arch is a coat of arms belonging to Giovanni Renier, Venetian Captain of Cyprus in 1552.

Only the grand east facade and back walls of the courtyard remain today of the Venetian Palace.  Originally a royal palace of the Lusignans, this site became the official residence of the acting Venetian governor, the Palazzo del Provveditore, beginning in 1489.  In the 16th century, the palace was substantially remodeled, its Gothic features being replaced with the simple and solid forms of the Italian Renaissance. Inside the courtyard are several contemporary cannon, a neatly piled collection of cannon balls, and pieces of a large granite column.  The architectural remnants were taken from Salamis.


Although its central sections were completely destroyed during the Ottoman siege, its facade nonetheless survives as a very rare example in Cyprus of 16th century Venetian architecture.